Turn up and tune in

I went along to a conversation event today about the the Medway and Swale Creative People and Places bid.  One of the discussions was about engaging people in the local creative opportunities outside of the usual suspects, those already interested or involved.  This is a familiar problem.  I’ve been working as a youth and community worker for the past 11 years, there are always groups of people willing and ready to get involved, whilst some who might benefit the most can need a bit more encouragement.  Some people will always complain about poor publicity or lack of information, but I think this is sometimes a distraction.  Another problem can be geography, lack of transport or that some places seem to have a monopoly on things like creative activities, whilst others have little going on.  Some places have more resources to attract activity and others might have acquired a reputation that puts people off.  Some people will travel quite far from where they live to get to something interesting, but ignore things closer to their doorstep.  This can seem a bit like a tube map, where some journeys are connected by a direct route, but may take longer than a quick walk and others can seem complicated, but save loads of time.  Maybe tracing the routes people think and move around a place could help understand how to better communicate opportunities and involve more people in fun stuff.  Rather than sending out blanket publicity or creating endless directories of resources, it might be better to look at existing ways people find out or get involved with other things.  Most of my time as a youth work was spent as a detached worker (working with young people in parks, bus shelters, shopping centres and other places they already chose to meet).  Some wouldn’t have come to a purpose built youth club and others would have liked to, but due to where they lived, didn’t have the opportunity.  My role was to develop projects with young people, where they met and based on their ideas, needs and situation.  A few would tell us where to go, but the majority spent time with us, getting involved to a varied degree and working with us regularly.  Perhaps some creative opportunities could be happen in places where people already meet or pass through, involving people in everyday creative experiences, rather than expecting them to attend an event or show.  Poetry workshops outside of Tescos or pottery classes at the pub might seem unusual, but they might be one way of involving people who wouldn’t normally get involved.

Those who are confident and interested will usually seek out activities that interest them or create them for themselves.  Some might lack this confidence or have had bad experiences of being part of something or joining in.  In the case of creative activities, people may feel they lack ability or that an activity is only for a privileged or gifted few.  Like many, they may have simply got out of the habit of joining in to taking part in something.

Through youth work, I have noticed young people stepping back from activities or things they have previously enjoyed due to the judgement or peers and worrying too much about what people think about them.  I really wanted to learn how to play the guitar when I was 12, but the same stupid concerns about the reaction of others (not helped by watching them visiting that reaction on plenty of others) put me off until much later.  I learnt to hide any sign of interest, excitement or effort for fear of judgement and social isolation.  By the end of secondary school, I had almost blended in with the rest of the drones.  Ironically, a big part of fitting in with other people was developing a resistance to joining in or getting involved.  Of course, most of the drones were hiding something more interesting, and a few had the confidence to stand up and be themselves, whilst others were so unpopular that it didn’t matter either way.  Fortunately, I snapped out of it, but I wonder what it would have been like not to have had to?  I wonder how many people never snap out of it, either choosing not to or lacking the choice?  At the meeting, one person said the great thing about the arts is that people can switch on at any time.

A bit about GEEK2013, Margate and social gaming… 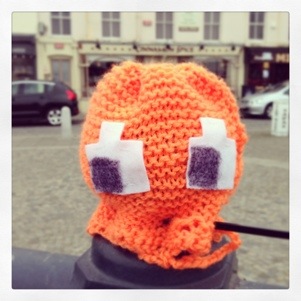 I’ve always had a soft spot for playing games, whether board, computer gaming or a bit of D&D in my teens.  They can bring people together, get your brain working or slow it down.  They can give a sense of achievement or maybe just help you relax.

Saturday I was down in Margate for the Geek2013 (Game Expo East Kent) reliving some retro (electronic) gaming nostalgia.  I even started to think I was a bit good at Street Fighter 2, until I realised the cabinet’s seriously rubbish player one joystick was giving me a massive advantage.  It was great to see a whole set up of BBC Micros, playing a bit of POD and Granny’s Garden.  A guy in his late teens walked past me whilst I was playing the brilliant Elite, commenting to a friend, with what may have been awe: ‘wow, he knows how to play it – thats one of the most important games ever made.’  I agree with him about Elite, one of my earliest gaming memories, but sadly my control of the ship was limited to moving around erratically and being shot to pieces by space pirates. 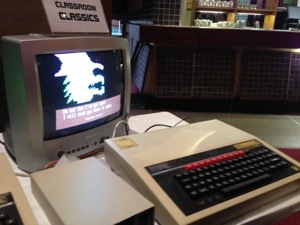 Other highlights were a comfy session of N64 Goldeneye,  playing on a wooden 1950s pinball machine and rediscovering Micro Machines on the Mega Drive.  During a much needed VDU break, me and Nikki took part in brilliant ‘Mission Unmentionable’.  A mixture of live role play, treasure hunt and exploration.  Sadly, only a few people found the game this year, perhaps making this an even more exclusive experience.  We followed a variety of clues, meeting some very suspicious characters spread across the town.  The actors really drew us into the fantastically silly plot, making for an immersive and satisfying experience.  Taking us from some lesser known parts of town, to out of the way landmarks, such as the Shell Grotto, the game was a hidden gem in the Geek Fringe.  After braving the freezing weather to save Margate from the menace of Honey Dew and the Melon Heads (a great band name BTW) we got a chance to meet up with its creator @elliemjones and one of the actors @sometallactor in the Lighthouse Bar.  This came a as a slight shock, as the last time we had seen @sometallactor had been after his dramatic collapse in an old prison cell, allowing us time to prise a combination locked suitcase from his cold dead hands.  Fortunately revived, we chatted enthusiastically about the day and the fun of social gaming.  I couldn’t help thinking about how something similar might work in Rochester, and may well have a go at putting something together for Summer (anyone interested let me know!).  I think the low number of participants may have been down to a combination of cold weather and slightly lost publicity (there was so much going on that many may have missed Mission Unmentionable in the programme, or possible not understood enough to make a decision about taking part.  It may have benefited from a bit more web presence, blog, SNS links or a dedicate web page, offering a bit more explanation and promotion.  Either way, we had a great time and hope to see more of this type of thing. 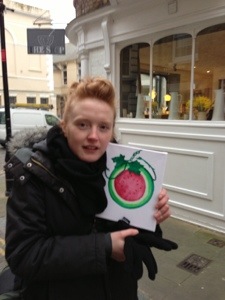 I was sad to have missed the RootExperience’s Play Series who were running workshops on using smart phones every day applications to play and create digital games and treasure hunts.  Think this might be a good mix, and I hope to book a place on one of their spring workshops.  Think the mix of live acting and social media could help create some really fun games.

Anyway, back to work in a bit, after my second early Monday session at coFWD.  The idea is loosely based on a blog I read about the habits of writers, which suggested that some of us do better in the early mornings.  That never having been true for me, I decided to give it a go.  I have always had a problem fitting in all the things I want to do, so hope by dragging myself out of bed and down to Rochester for 6 or 7am, on Monday mornings, I’ll carve out extra time and get more writing done.   Last week, I got here for 6am, but by going to bed early on Sunday, I failed entirely to sleep and felt like crap.  This week I tried a little less, had some sleep and got here for 7pm.  Feeling a lot better today and think I’ve done a little better for it.  I was only slightly disturbed by the strange noises from the basement.  If I keep it up, I might get some more short stories done!  Let me know if you are interested in joining me for early morning coworking, the odd noises might be a little less worrying if there were two or three of us ;-> 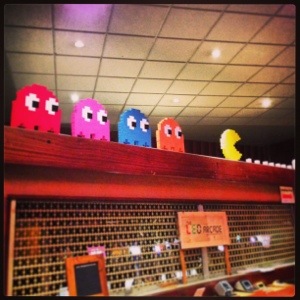